There are so many things to do in Augusta, MO!

Eat, shop, drink wine, ride a bike or talk a stroll on Katy Trail, learn the local history; there is plenty to do in Augusta, Missouri. We look forward to meeting you.

St. Charles County Parks continues to bring history to life at The Historic Daniel Boone Home in Defiance! The National Register of Historic Places and is a popular attraction for guests of all ages to visit year-round.

Nestled upon the rolling hills of Missouri Historic Wine Country and overlooking the Femme Osage Valley, this beautiful setting represents life in the early 1800s and brings the legacy of Daniel Boone to life. Journey back to another time and relive the adventures, dangers, and joyous events of the famous American longhunter and pioneer, Daniel Boone. Visit the home where he lived in his last years and learn the history of this legendary folk hero.

The nearly 300 acre site includes the historic home, adjoining historic village grounds, and surrounding property. St. Charles County continues to operate the historic park as a tourist site. The village is comprised of 16 buildings that have been moved to the property from within 50 miles of the site. Each building dates back to the 1800s. The general store, schoolhouse and grist mill offer a peek into life on the Missouri frontier. Collectively, the buildings represent a pioneer village of that time period.

Guided tours of The Historic Daniel Boone Home are available during park hours. Groups of 10 or more wanting to tour the home should make a reservation at least two weeks in advance by calling the St. Charles County Parks and Recreation Department at 636-949-7535. Tours include a guided tour of three-level home. In addition to the Home tour, guests may request an extended tour of the property to view three to five buildings in the village at no extra cost. The village tour is dependent on staff availability. Village buildings typically are open only during special events

There is no admission fee to enter the park grounds or the village grounds. Guests may stop by any time during park hours to take a self-guided tour of the outside of the Boone Home and village buildings onsite.

While you’re visiting, don’t forget to stop by the gift shop and purchase a treasured memento to take home. And ask us about reserving the Old Peace Chapel and The Grand Pavilion for your wedding or next family event. The historic park also hosts a variety of events and school field trips throughout the year.

The mission of the Boone Home and village is to provide a center that fully integrates learning on all education levels; preserves and protects the historical structures, collections and natural resources that comprise the facility; and interprets the early American frontier experience in Missouri as exemplified by the Boone family and their contemporaries. 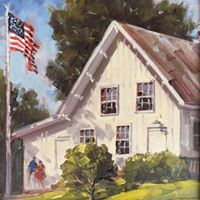 Augusta Harmonie Verein, formerly known as the American Legion Post 262 and Grand Army of the Republic Hall, is an historic clubhouse located in Augusta, St. Charles County. It hosts a number of special events during the year and is available to rent for special occasions.

Open for special events only

When our German settlers first arrived to this region in the 1800s, it reminded them of everything they loved about their homeland. The sweeping vistas of the Missouri River valley, the Osage Ridge with its tree-covered slopes.

These hard-scrabble few soon created a new way of life and an entire community centered on wine-growing and wine-making. Vineyards and cozy farmsteads began to line the bluffs. Wine took on the role as the center of the community.

The Augusta Wine Trail was created to celebrate our shared location in the Augusta AVA (American Viticultural Area), which was the first designed grape growing area in the country. The wines that come from this area are the centerpiece of what joins our four wineries together. And while wine is the centerpiece, what we create is the chance to preserve this tradition for generations to come.

Welcome to the Augusta Trailhead on the Katy Trail, we have bike supplies, Grab & Go snacks and so much more. 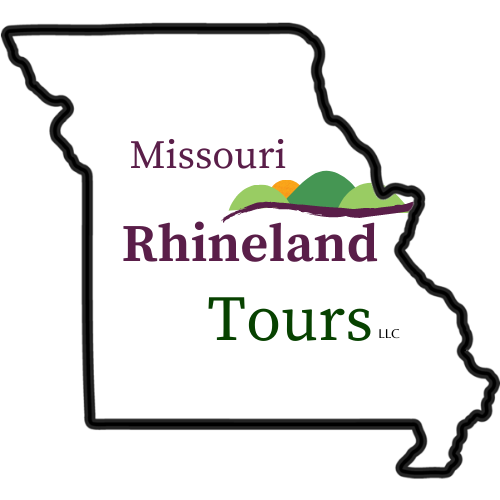 Our goal is simple – to delight our guests.

See and Experience Missouri’s Sights from a Whole New Perspective. Miss Augusta offers opportunities to soak in the sunshine or enjoy the climate controlled air-conditioned salons as you cruise and enjoy the beautiful scenery from the Missouri River.

The captain does a light narration of the history of the area while you sit back, relax and let us do the rest.

Augusta’s Historical Museum is located in the split-level brick house built in 1861 by August and Catherine Sehrt, immigrants from Hannover, Germany. August, an experienced carpenter, made furniture and caskets in the downstairs stonewalled workroom and grew grapes and fruit trees on the 8 acres around the house. Catherine cared for their large family of 2 boys and 8 girls.  The Sehrt home is one of Augusta’s 8 houses on the National Historic Register.

Friends of Historic Augusta invite you to visit our YouTube Channel, where you can listen to our “Tell It Like It Was Series”   www.youtube.com/channel/UCHzTeE_r38NVIpAM8puZOjA

Open museum dates will include a presentation in the kitchen area of the museum. This year the focus will be on Augusta area businesses and homes of the early 1900’s.

Enjoy a historic adventure in the park at this new attraction that is now open to visitors for the first time. Once owned by the grandson of Missouri pioneer Daniel Boone, the newly renovated home will be opened for self-guided tours beginning Saturday, Dec. 5, 2020.

The 1830s stone dwelling features a new interpretive center with artifacts and displays that showcase the Hays and Boone families. The main floor houses exhibits, while the top floor features turn-of-the-century furnishings, including smaller artifacts once owned by family heirs.

Upon arrival, park interpretive staff will greet guests outside and give an overview of the property surrounding the historic house. During these educational experiences, guests will learn about the history of the Hays family and the story of the land established in the scenic Femme Osage valley and how it relates to the rich history of the region.

Located off Highway F, just two miles from The Historic Daniel Boone Home, guests interested in touring the house will enter the site at 3572 Stub Road on the north end of the heavily forested 474-acre park.

While you’re there, visit the Hays family cemetery on park property where Daniel Hays, his wife, Mary “Polly” Hays, and six of their 12 children are buried.