There are so many things to do in Augusta, MO!

Eat, shop, drink wine, ride a bike or talk a stroll on Katy Trail, learn the local history; there is plenty to do in Augusta, Missouri. We look forward to meeting you.

Enjoy a historic adventure in the park at this new attraction that is now open to visitors for the first time. Once owned by the grandson of Missouri pioneer Daniel Boone, the newly renovated home will be opened for self-guided tours beginning Saturday, Dec. 5, 2020.

The 1830s stone dwelling features a new interpretive center with artifacts and displays that showcase the Hays and Boone families. The main floor houses exhibits, while the top floor features turn-of-the-century furnishings, including smaller artifacts once owned by family heirs.

Upon arrival, park interpretive staff will greet guests outside and give an overview of the property surrounding the historic house. During these educational experiences, guests will learn about the history of the Hays family and the story of the land established in the scenic Femme Osage valley and how it relates to the rich history of the region.

Located off Highway F, just two miles from The Historic Daniel Boone Home, guests interested in touring the house will enter the site at 3572 Stub Road on the north end of the heavily forested 474-acre park.

While you’re there, visit the Hays family cemetery on park property where Daniel Hays, his wife, Mary “Polly” Hays, and six of their 12 children are buried. 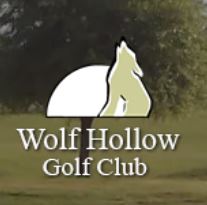 Wolf Hollow Golf Club is boldly carved out of the beautiful, rolling hills of Franklin County. Located at the Gateway to Missouri Wine Country just east of Washington on Hwy 100, Wolf Hollow Golf Club is truly an oasis for the serious, seasoned golfer and the beginner alike. Designed by Mother Nature, the course’s natural landscape was created with more than 175 feet of elevation change across 175 acres. Claimed by many as the “hidden gem of St. Louis”, Wolf Hollow provides beautiful views and exciting golf less than 30 minutes from Augusta.

Renowned architect Gary Kern designed this 18-hole layout that provides a variety of challenges to players of all skill levels. Playing from 4,913 to 6,803 yards, Wolf Hollow’s mature wooded areas, lakes and spring-fed creek create natural hazards, adding to the character of this scenic course.